15 Unique Experiences to Have in Vietnam

Here is the list of unique experiences in Vietnam rated by our customers! 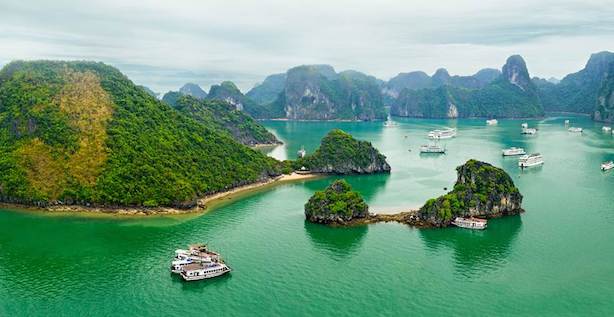 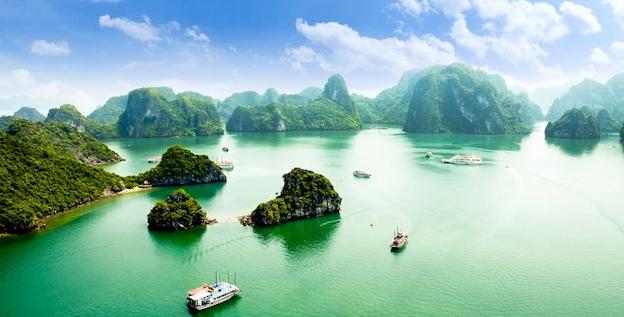 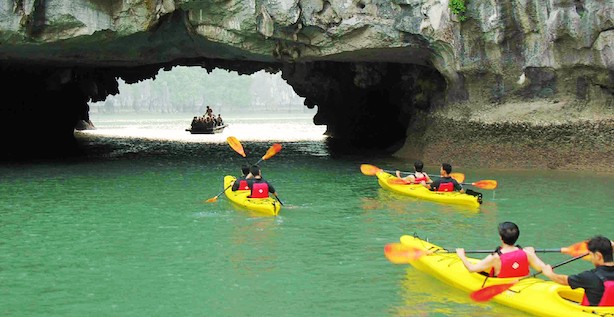 The Cu Chi Tunnels are an immense underground tunnels used by Vietnamese military campaign during the Vietnam War. It provided hiding spots during combat and a communication and supply routes.

It is interesting to learn the history of the Tunnels and how Vietnamese soldiers fought during the war. 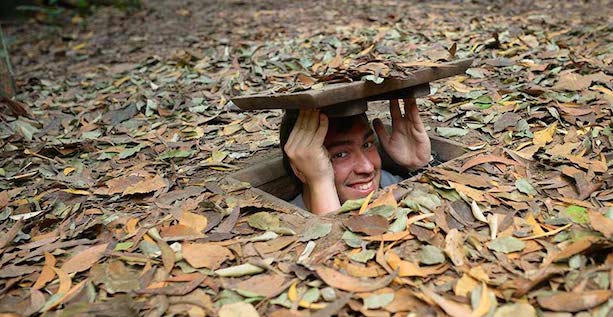 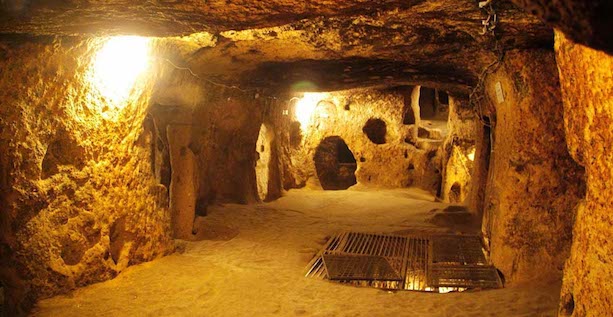 The Mekong Delta is a Vietnam’s rice bowl, an agricultural miracle producing over a third of country’s annual food production.

The Mekong Delta branches numerous canals. These canals link to different farms and towns, forming a huge network. You can spend a day on a boat to explore this colourful region. 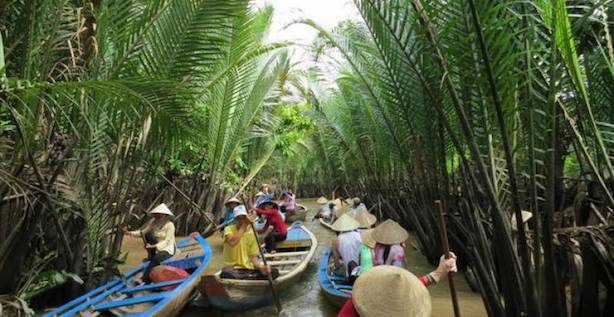 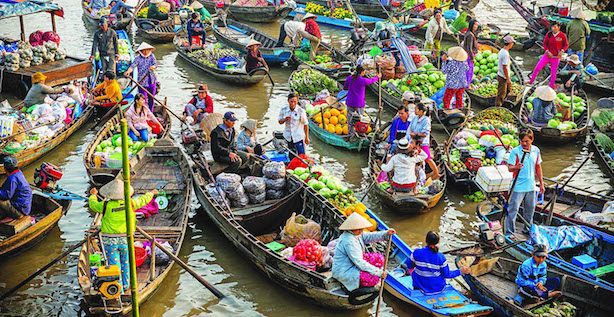 The incredible rice terraces and mountainous town in the Hoang Lien Son mountain. This area is cultural diversity where there are eight different ethnic minority groups are found.

You will experience Four seasons in one day in Sapa, winter in morning and evening, spring after sunrise, summer in afternoon and autumn around sunset. Remember to bring a rain coat to keep you dry as well as a warm clothing. 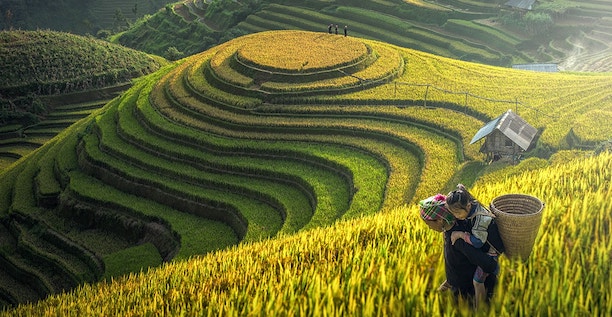 5. Bicycle Tour in Hoi An

Hoi An is an exceptionally well-preserved UNESCO World Heritage Site. The buildings in this region are uniquely blended of 15th to 19th century China and South-east Asia. The iconic ‘Japanese Bridge’ dated to 16th to 17th century.

Cycling in Hoi An is an amazing experience (also a fun experience to dodge car and people in the city). There are some museums you can visit to understand more about the region. 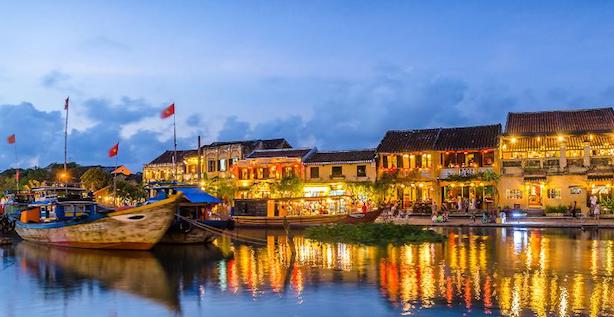 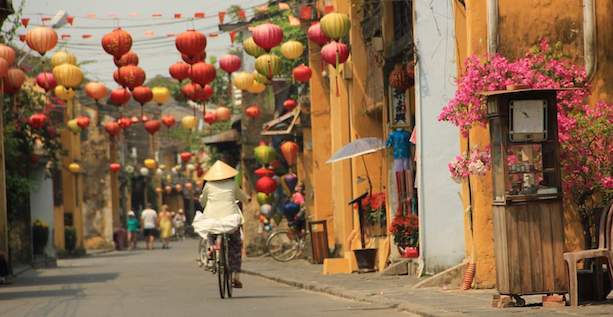 OK. It is quite an experience to try scorpions in Ho Chi Minh City. To be honest it does not taste bad but you need courage to put into your month! 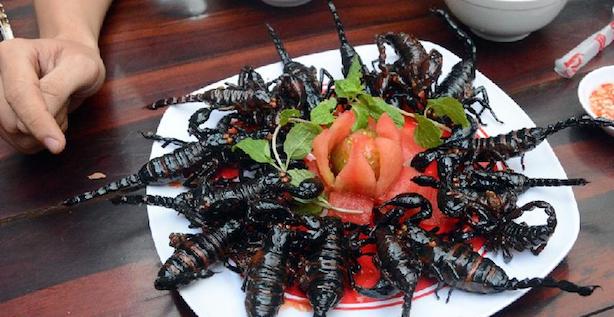 The Cai Rang Float Market is the largest floating market in Mekong Delta. It is a wholesale market and starts early from 4am to 10am, meaning you need to wake up early if you want to visit.

You will see a few hundreds of boat surrounding you and selling their goods. It is not a place to buy souvenirs (Well you can buy a lot of fruits there) while a good place to understand what is the lives in Mekong Delta. 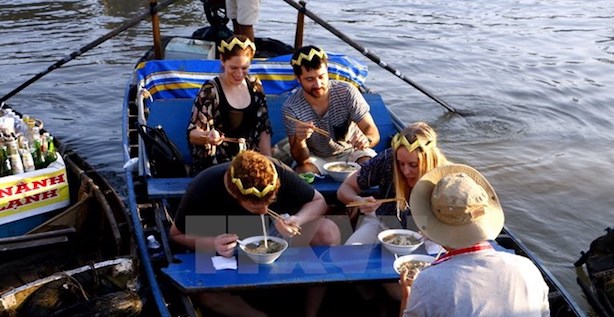 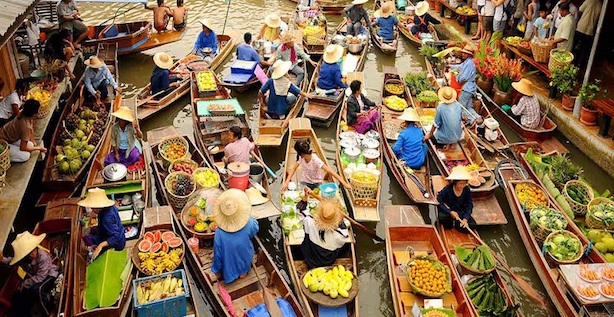 Cà phê trúng or egg coffee is the coffee you can easily find in Hanoi. It has a soft creamy foam layer on top of the intense Vietnamese coffee. It is tasty but it is more like a dessert or a coffee flavored smoothies. It serves both cold and hot. 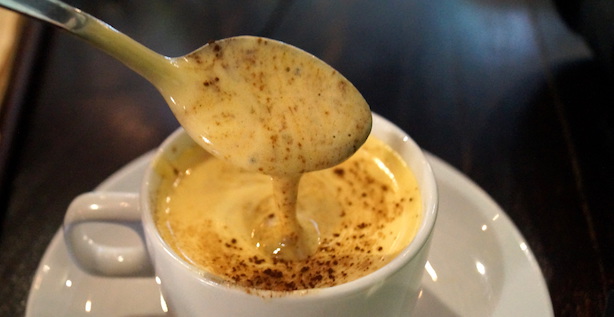 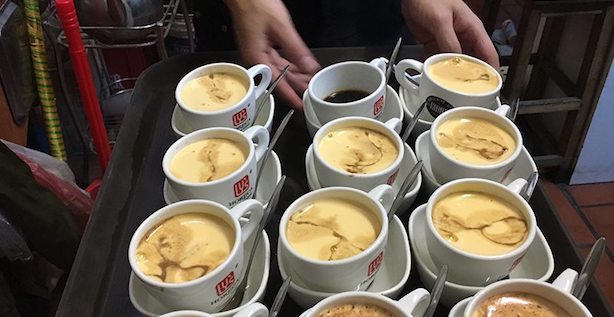 Lak Lake is one of largest natural fresh water lakes in Vietnam having 6 square km width. The lake is surrounded by series of high mountains making its waters calm and peaceful. The lake is a source of fish, water reservoir to rice fields and a home to vast rare plant and animal species.

You can not miss the elephant ride which you can slowly stroll through the lake and explore their unique culture. 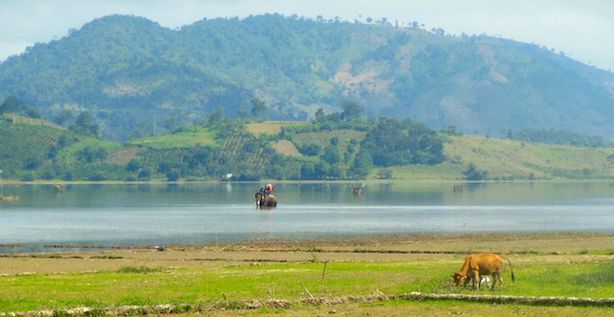 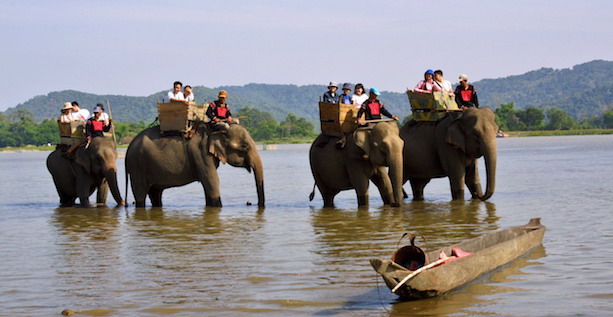 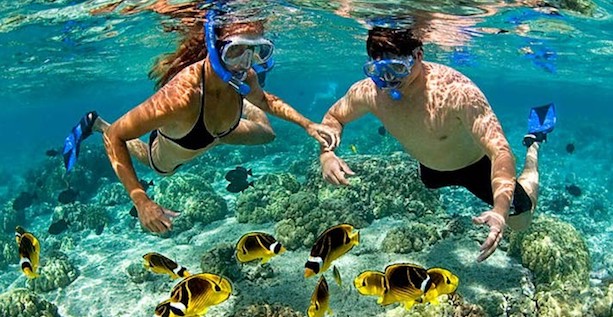 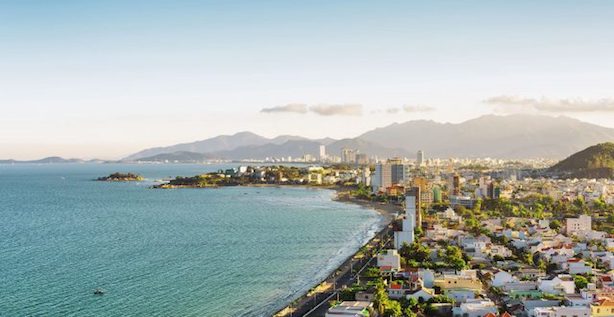 11. Paradise Cave in Phong Nha-Ke Bang National Park – It is like a paradise!

Thiên Đường Cave, or Paradise Cave is one of the largest caves in Vietnam, a UNESCO’s World Heritage Site. The cave is 31km long. The cave is formed in about 300 million to 400 million years. The limestone formation inside the Paradise cave is considered to be more magnificent than Phong Nha and Tien son cave. 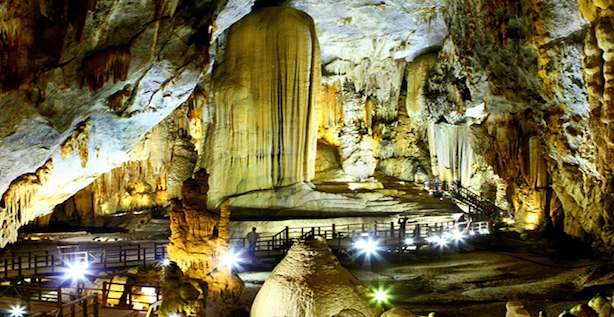 Fansipan is the highest mountain in Indochina (comprising Vietnam, Laos, and Cambodia), at 3,143 metres (10,312 ft) above sea level. It has been widely known as ‘the Roof of Indochina’. Climbing Fansipan is challenging and a dream of adventurous travellers. At the top you can see 360 degree of Northern Vietnam and even China. It is rewarding and satisfying when you reach the summit mark at top of the mountain. The alternative way to reach the summit is by cable car. 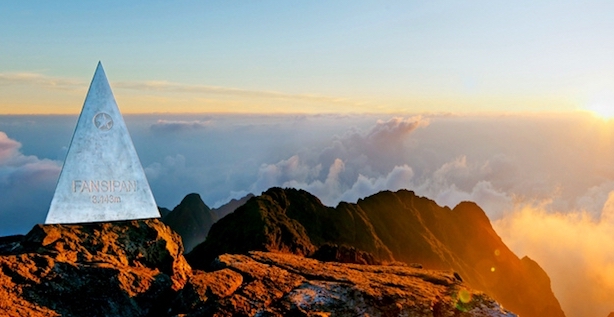 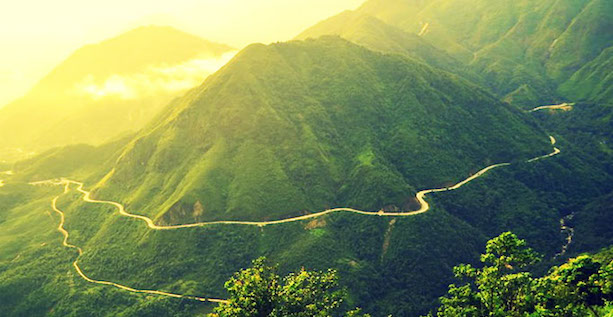 A narrow old street in Hanoi where motorcycles are no longer considered to be the most dangerous on the street, instead, they are replaced by high speed trains penetrating through the street. Interestingly the daily lives of local residents is pretty normal and not affected by the train. 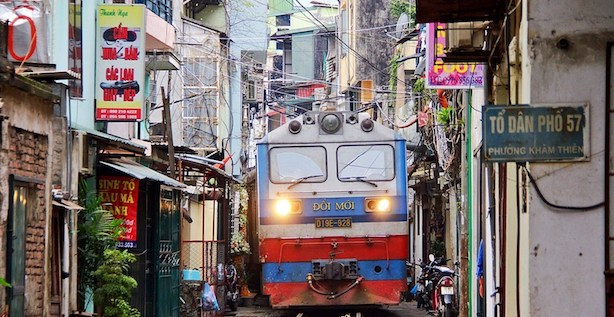 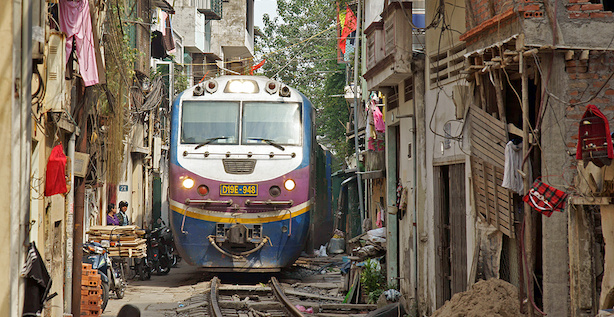 Reunification Express is an historic railway connecting Hanoi and Ho Chi Minh City. This railway was built in 1936, just 20 months after the end of the Vietnam War.

A lot of troubled history happened between North Vietnam and South Vietnam. The reopen (it has been rebuilt) of the railway is a symbol of reunification of North and South as the Socialist Republic of Vietnam.

The whole journey is 36 hours while many travellers prefer to hop on and off en route. 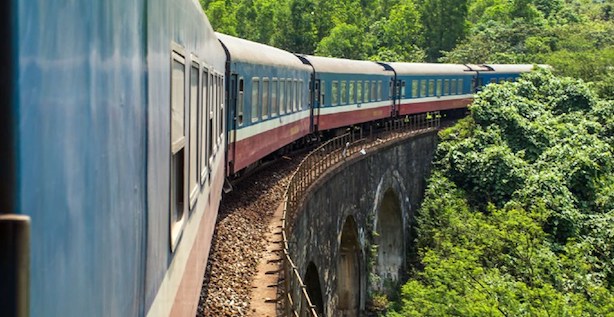 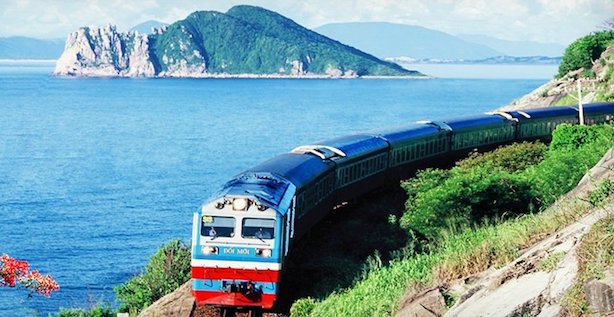 15. The Sơn Đoòng Cave – The biggest cave in the world

Sơn Đoòng Cave has the largest known cave passage cross-section in the world. It is not that easy to conquer this colossal cave because the expedition is pretty physical demanding. The five day adventure expedition is ran by a company Oxalis, while they expects their guests to hike intensively, abseil, climb, crawl and swim through underground rivers to reach the cave.

Strongly recommended to who want to make their trip adventurous! 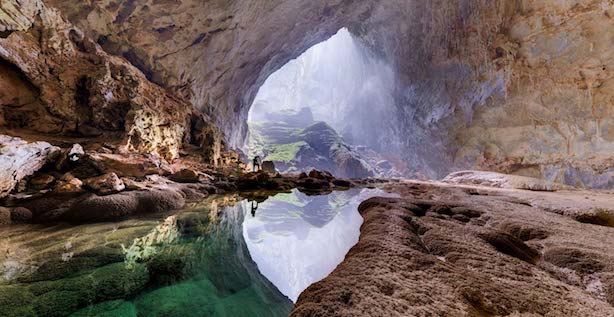 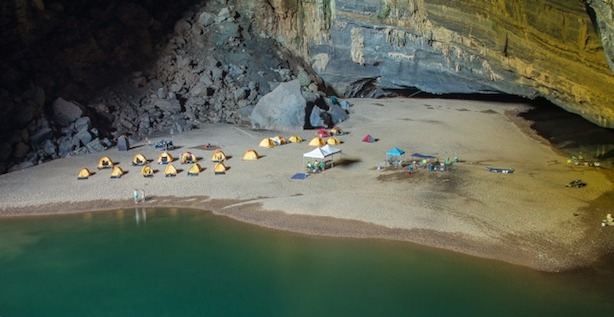 If you find these tips useful, don’t forget to Share with your friend!
If you have any question about Vietnam Visa, please find more information here or simply contact us